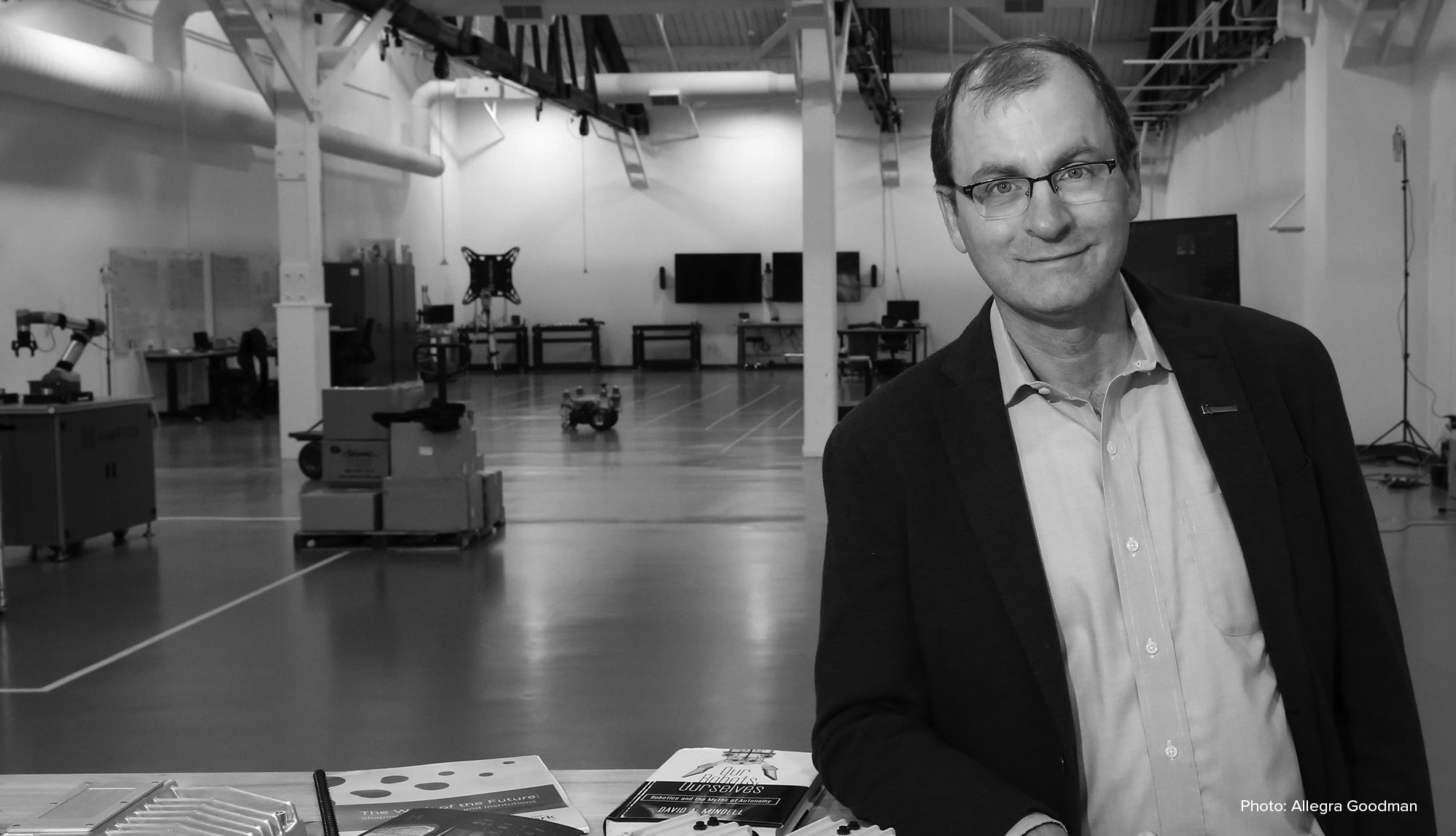 David is founder and Executive Chairman, and former CEO of Humatics Corporation (a Tectonic Portfolio Company), with a mission to revolutionize how people and machines locate, navigate and collaborate.

An electrical engineer and historian of technology with thirty years’ experience in robotics and autonomy, David has been on the faculty at MIT for twenty-five years, as professor of Aeronautics and Astronautics at MIT and as the Dibner Professor of the History of Engineering and Manufacturing; he currently Chairs the MIT Task Force on the Work of the Future. He is co-author (with David Autor and Elizabeth Reynolds) of the Task Force’s final report, "The Work of the Future: Building Better Jobs in an Age of Intelligent Machines" (2020).

David is an expert on the myriad relationships between people and autonomous robots, he has participated in more than twenty-five oceanographic expeditions and is an inventor on nine patents in autonomous helicopters, AI-assisted piloting, and RF navigation. He is the author of five books, including Our Robots, Ourselves: Robotics and the Myths of Autonomy (2015) and Digital Apollo: Human and Machine in Spaceflight (2008) and numerous studies on technology and policy, including The Future of Human Spaceflight (2008). David has undergraduate degrees from Yale and a Ph.D. from MIT.

David splits his time between Cambridge Massachusetts and East Montpelier, Vermont, with his wife, a choral conductor, and his two daughters. He is an instrument-rated private pilot and flies a Beechcraft Bonanza.